Computer Vision for Art and the ECCV conference in Munich

The research which has so far been done in the Walloon part of the country has investigated whether state of the art algorithms that come from the fields of machine learning and Computer Vision (CV) could also be used when dealing with images representing Digital Heritage. If on the one hand, the field of CV is a well established research domain, which over the recent years has shown the effectiveness of algorithms such as Deep Convolutional Neural Networks (DCCNs), the potential of such neural architectures in the field of Digital Heritage is still an open question. Thus we have performed an empirical study that aimed to answer this research question. We have investigated a set of different strategies that can be used for training the neural networks, which, once established, have led to the conclusion that DCNNs can be a powerful tool for automatically classifying heritage objects. Besides providing an interesting support tool for art historians who aim to classify artworks, we have also tried to provide insights about why such neural networks can perform so well if properly trained, with the goal of making such algorithms understandable to the people who are less familiar with the field of machine learning.

The results of this research have led to the publication of the first CV article within the INSIGHT project called “Deep Transfer Learning for Art Classification Problems”. The paper [1] has been presented on the 9th of September at the European Conference on Computer Vision (ECCV) in Munich, during the VisArt workshop, a bi-annual event which gathers international researchers working at the intersection between Artificial Intelligence and cultural heritage. The paper has been reserved a 20 minutes talk during the workshop’s morning session called “Deep in Art”, and has been successfully accepted by the AI community. 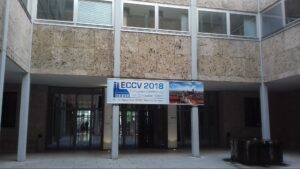 This German experience has seen our PhD student Matthia leaving Liege at 5 in the morning of September 7th on the way to the south of Germany by train. Once settled down in his Airbnb, it was already time for him to start attending the first day of workshops at the conference, and to scientifically investigate whether German beers are as good as they say. 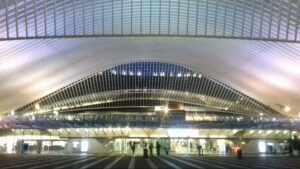 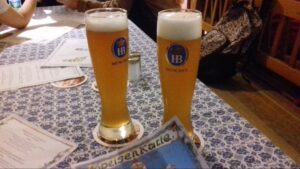 After having assessed the superiority of Belgian beers over the German ones, on September 9th the paper has been presented at the workshop in front of over 150 people. Besides being accepted with a lot of enthusiasm by the people attending the workshop, the paper has also caught the attention of the Google-AI headquarters in Munich. In fact they have invited Matthia to attend a special barbecue, hosted in their offices, that has given our PhD student the chance to advertise the INSIGHT project inside the biggest tech company in the world. 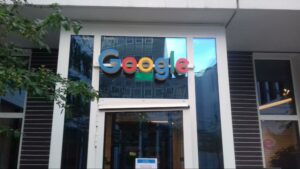